Living and exercising with prostate cancer 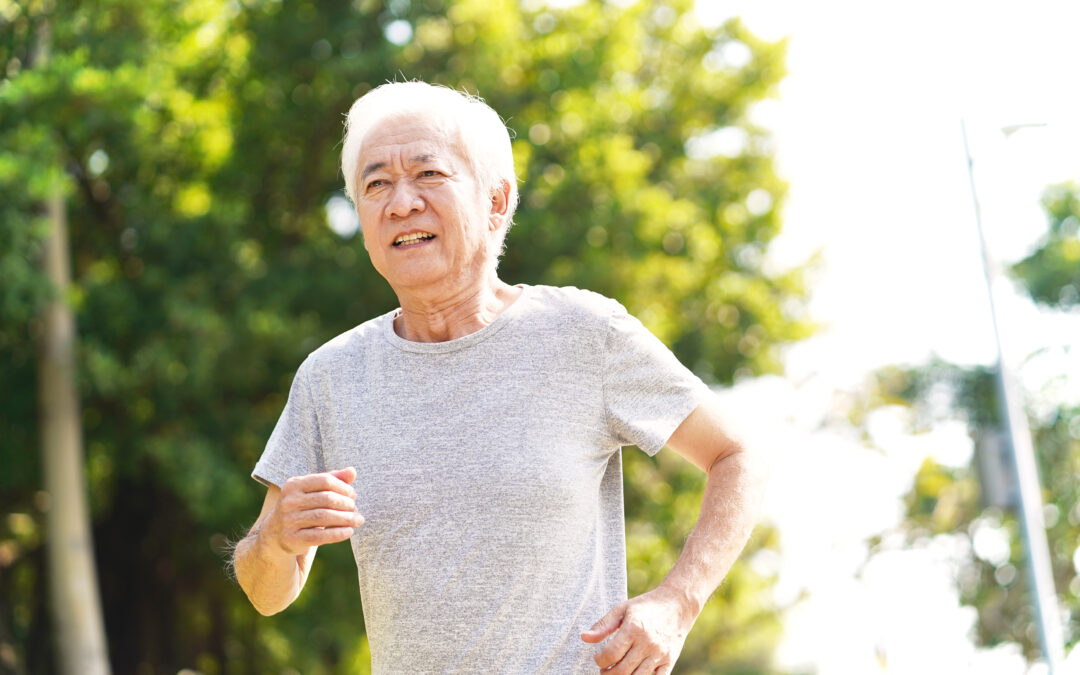 a few days after the 12th anniversary of my father’s passing, he had prostate cancer, and after a very close friend was recently diagnosed with the same disease I decided to dedicate this blog to all those who are or have been living with prostate cancer.

The prostate is a walnut sized gland between the bladder and the penis surrounding the urethra. It produces the seminal fluid that transports and nourishes the sperm.

Cancer of the prostate gland is one of the most common cancers in men. Even though the causes of the disease are still largely unknown we do know about risk factors that increase your chance to develop prostate cancer:

Prostate cancer can in nature be slow growing or aggressive and be assigned one of four different stages. Stage 1: The Cancer is confined to a very small area in the prostate itself. Stage 2: The cancer is still small but maybe effecting both sides of the gland and/or deemed aggressive. Stage 3: The cancer has invaded other non prostate tissues surrounding the gland. Stage 4. prostate cancer cells are spreading throughout body by way of lymphatic system and blood stream and/or have grown into nearby organs.

The symptoms of prostate cancer often don’t appear until the later stages:

Should you experience any symptoms that concern you please see your doctor for a detailed diagnosis. The initial screening test is typically  a digital rectal exam (DRE) in which the doctor inserts a lubricated, gloved finger into the rectum to determine if your gland shows any abnormalities in texture, shape or size. In case of a positive DRE a prostate-specific antigen test (PSA) may be needed. This test analyzes your blood for a higher than normal level of PSA which could indicate an infection, enlargement, inflammation or cancer of the prostate gland.

The next step often includes ultrasound to produce a better visual diagnosis and a  needle biopsy to collect a tissue sample that can be checked for cancer cells. If it is determined that the cancer has spread, further diagnostics are used to define the exact situation and decide the treatment options.

The treatment of prostate cancer depends greatly on the speed with which the cancer is growing, the extend to which it has spread as well as your doctor weighing benefits versus side effects.

Radiation Therapy either via high powered energy beams applied from the outside or a low long-term dose of radiation treatment by inserting small radioactive seeds into the prostate gland near the tumor. Side effects are rare but in very few cases can lead to other forms of cancer associated with radiation.

Prostatectomy is the surgical removal of the prostate gland, some of the surrounding tissues as well as nearby lymph-nodes. Side effects may include urinary incontinence and erectile dysfunction.

Freezing and thawing cancer cells via the use of gases that freeze and reheat the cancerous tissues and finally kill the cancer cells This form of therapy is still in developmental stages but complications have been significantly reduced over past years and presents a possible treatment option for those who did not respond to Radiation Therapy.

Chemotherapy is a very aggressive form of treatment most commonly used for  advanced stage prostate cancer (spread to other parts of body) or in patients that did not respond to Hormone Therapy. The medication that kills cancer cells is commonly taken either via pills or given intravenously. Unfortunately chemo therapy despite great progress still presents a lot of unwanted side effects in most patients.

As always it is better to prevent disease rather than having to treat it. The risk of developing prostate cancer can be reduced through a diet that is rich in fruits and vegetables and favors real healthy food choices over supplements. Nutrients and vitamins that have been linked to the prevention of prostate cancer are lycopene (found in tomatoes) as well as vitamin E and selenium. However supplements including these vitamins/minerals don’t show the same success as foods naturally rich in vitamin E and selenium. In addition to a healthful diet regular exercising on most days of the week seems to cut the risk of prostate cancer even more. Screening healthy men for prostate cancer, who are not showing any symptoms of the disease, is somewhat controversial amongst the different medical organizations. To decide whether or not screening is appropriate for you please discuss your particular situation with your physician.

Exercise and prostate cancer
As a Physio-Therapist and Personal Fitness Trainer I am of course especially interested in how far exercising can help reduce the risk of developing prostate cancer and how those with prostate cancer respond to exercise as an additional form of treatment other than the ones discussed previously.

It seems that the majority of studies performed between 1989 and today show a probable connection between increased physical activity and decreased prostate cancer risk. This reduced risk is explained by way of hormone level regulation, the prevention of obesity, improved immune functions, and the reduction of oxidative stress that are all positively influenced through regular exercising. Exercising also has a positive effect on those undergoing treatment for prostate cancer. One study suggests that men can reduce their risk of prostate cancer progression and increase their chance of survival by adding physical activity to their daily routine. These benefits can even be attained  with moderate levels of physical activity (15 minutes per day); however exercising vigorously for three or more hours per week seems to be of greater value and reduce all-cause mortality by 49% and prostate-cancer-specific mortality by 61%. Scientist are starting to understand why vigorous activities are more beneficial quoting it’s positive effects on DNA repair and cell-cycle pathways as well as gene expression changes. They found upregulated genes that included well known tumor-suppressor-genes such as BRCA1 and BARCA2 in men with prostate cancer who participated in a vigorous exercise protocol for more than three hours per week.

I think it is safe to conclude that exercise does not only help in the prevention of prostate cancer, but can also positively change the outcome of the disease. More studies and research are needed to explain the correlation between exercise and prostate cancer in detail.

I hope this blog has been able to provide you with some interesting and helpful information. Please feel free to share my blog with anyone you might think would be interested, and as always your question and comments are greatly appreciated.

Wishing you and your loved ones good health,
Hartmut