The Effects of Aging on Human Performance 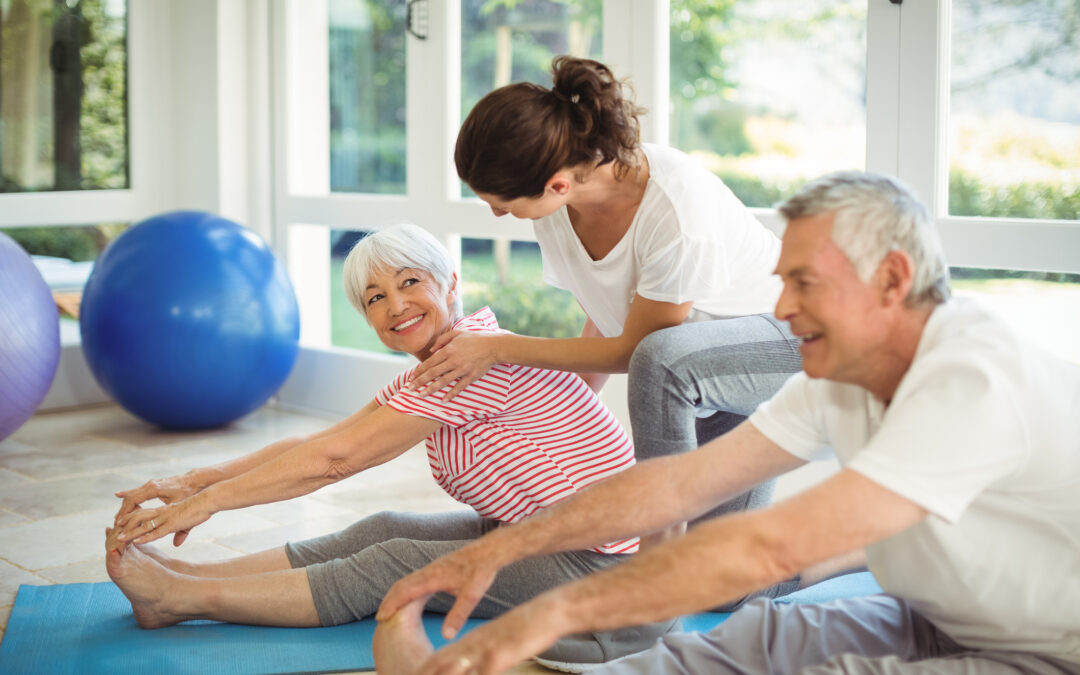 I am scheduled to speak at the Annual Summit of the Functional Aging Institute in Denver early June (www.functionalagingsummit.com). The Headline for my talk is “The Effects of Aging on Human Performance” so I thought I’d kill two birds with one stone and turn my speech research into a blog as well.

One of the goals of those of us working in Fitness and Rehab with those of advanced age is to slow down the biological clock and try to add quality to the years. To do that I believe it is necessary to take a closer look at the effects of aging on physical and cognitive performance in the hope that a better understanding of what actually transpires will offer a better chance to successfully intervene.

That statement might be a spoiler and a depressing, but it is reality. As of today, there is no hope of stopping the aging process. That said we do know that some reach the state of dependency in their 70’s while others still enjoy independence and a high-quality of life in their 90’s. Clearly what we are all aiming for is a change of the aging trajectory.

It is that red line of the Disability Threshold that we hope to either never cross or cross as late as possible.

Let’s take a closer look at the definition of aging of which there are many.

All three definitions view aging as a process of life that starts with Progression, followed by a period of relative Stability, and a Regression that ends in death.

We develop until reaching a climax of performance sometime between the age of 20 and 30, holding on to our gains until age 40 to 45 and then start a decline until we die.

For the purpose of this discussion, I will focus on the last chapter, the decline, it’s effect on physical and cognitive performance and if and how it should impact the way we train the aging population.

First let’s look at the various physical systems and how they are responding to aging. This blog is in no way addressing all systems and changes due to aging but rather focuses on some of those effecting performance and training most commonly.

How do these changes affect human performance?

Reduced stamina and exercise tolerance, leading to an earlier onset of fatigue

The Pulmonary System: Lungs and Airways

How do these changes affect human performance?

The reduction in Vital Capacity and gas exchange leads to a reduction of blood oxygen saturation and exacerbates the previously discussed problems that the aging Cardio-Vascular System causes.

Glucose Homeostasis is the blood sugar (glucose) regulation via Insulin and Glucagon. Both hormones are important for energy management in various tissues of the body, i.e. muscles, and are produced by the beta cells in the Pancreas. While Insulin helps moving glucose into the cell and promotes the production of glycogen in the muscles and liver, lowering blood glucose levels, Glucagon promotes the release of such stored glycogen during times of low glucose levels to increase blood sugar levels.

Those with diabetes are more quickly fatigued, might see reduced muscle growth in response to stimuli, and even muscle atrophy leading to greater muscular weakness. Poor Homeostasis can further cause Hypoglycemia, especially at times of physical activity leading to a possibly life-threatening low level of blood glucose. Folks with high blood glucose levels are at an Increased risk for heart-disease, kidney disease, vision problems, circulatory issues causing problems for feet and nerves.

Osteoporosis is another endocrine problem that increases as we age. Osteoporosis and the less severe earlier stage Osteopenia refer to bone density losses. These losses are caused by a shift of balance towards increased resorption and a lower degree of formation. The body continuously removes bone and replenishes it with new bone matter, a process called remodeling. In the first 20 years of life the balance is shifted towards formation, the next decade or two is fully balanced, and finally shifts towards removal/resorption causing loss of bone mineral density which impairs the structural integrity of the bone leading to an increased risk of bone fractures and compression fractures of vertebrae. One of the hormones that plays a significant role in the development of Osteoporosis is the Parathyroid Hormone (PTH). PTH controls blood Calcium levels and stimulates bones to release Calcium into the blood. As we age the occurrence of Hyperparathyroidism increases dramatically past the age of 70. It is about 8-10 times more common at that age than before age 50. There are likely many other reasons and causes, but the exact nature isn’t known yet.

How does Osteoporosis/Osteopenia affect Human Performance?

Severe Bone Mineral Density often leaves people scared of fractures and leads to a self restriction on physical activity which only exacerbates the decline.

Aging leads to a decline of lean muscle mass while adipose tissue increases (Sarcopenia). The losses affect Fast Twitch muscle Fibers (Power) more than Slow Twitch Muscle Fibers (Endurance). In addition, muscle cells start to atrophy, and muscular innervation is impaired due to a significant alteration of both quantity and quality of Motor Units (Motor Neurons plus Muscle Fibers it innervates).

Our tendons and ligaments become more vulnerable to injury as they become increasingly stiff. This stiffness is caused because the aging body increasingly loses it’s ability to retain water.

Our protective joint surfaces (cartilage) undergo a significant amount of wear and tear over the years being used and possibly abused leaving us with stiffer and more painful joints.

How do these changes affect Human Performance?

Reduced muscle strength especially the loss of Fast Twitch Muscle Fibers and stiffer, more painful joints lead to a decrease of Locomotion and function leaving us weaker and slower with all the consequences that entails in our daily lives.

With increased age comes increased cognitive impairment. These changes affect everyone different and at a very different pace and with variable severity. Eventually it will disable all cognitive functions including, memory, attention, executive function, spatial awareness etc. The ones most affected are memory and attention. The means by which to slow aging related cognitive impairment are Angiogenesis and Neurogenesis. Angiogenesis is about improving blood circulation in the brain by creating new capillaries, while Neurogenesis refers to the development of new Neuropathways. These processes depend on cognitive, social, and physical stimulation.  Angiogenesis responds especially favorable to aerobic cardio-vascular activities. Combining fitness training and cognitive challenges has shown even greater success than aerobic activities alone.

How do these changes affect Human Performance?

Cognitive impairment results in limited social and physical abilities to interact with our surroundings often leading to social isolation.

Though the same training principles Overload, Rest, Specificity, Frequency, Intensity, Individualization apply to any age, there are considerations that need to be made when training clients of advanced ages.

Keep in mind that aging affects every individual differently. Some of the changes as we get older will affect physical and cognitive abilities more than others making adjustments in training planning, execution, and monitoring necessary.

Changes to the respiratory-, cardio-vascular-, and endocrine system might require an adjustment in work-out intensities and careful monitoring during the exercise session.

Cognitive changes, might make it necessary to advance exercise techniques more slowly use hands on tactile instructions and reduce distractions. It might be helpful to consider whether your client is an Auditory, Visual or Tactile Learner (or combination) to make any learning experience easier for him or her. Breaking the learning process down into several steps often enables the older client to learn more successful.

I hope this information, as non-comprehensive as it is, was able to shed some light on the aging affects on Human Performance and Training.